Some time ago, I came across a travel trunk in the loft; a coated canvas, paint splattered box. In darkened days, vermin had cleared the trunk of its well stretched skin and the lid had partially collapsed where binding had held the shape. It was in a sorry state. This container has accompanied me over the years; used and abused as I stood on it and pulled and pushed it around different homes.

I paid little heed to its history.

But I have a notion that this trunk has some association with the infamous outlaw, William H Bonney. I began to take an interest in the possible link. 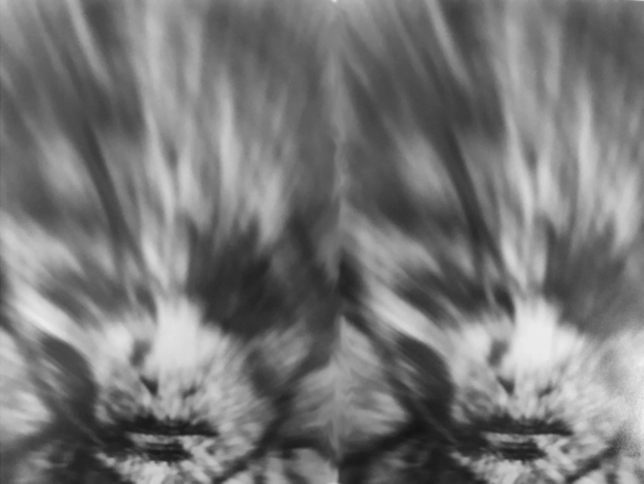 William H. Bonney, better known as Billy the Kid is an enigma, indeed it is difficult to disentangle fact from fiction when dealing with this young man.

He is portrayed both as charismatic hero and murderous villain, even within his own short lifetime of 21 years. [2]

As a result of his mother’s death from tuberculosis in 1874, and his step-father disappearing to the mines, Henry, as he was referred to, was more or less on his own from the age of 14.

By 16, Henry Antrim had killed a man. He subsequently escaped from jail and, in fear of his life, took flight, under a new alias William H Bonney, which may be the surname of his father. [3]

With hundreds of publications and films creating an enduring curiosity, one would think there is nothing new to discover about Billy the Kid.

But family archives can reveal hidden treasures, for example, the appearance of the tintype image of Bonney owned by the descendants of Dan Dedrick, Bonney’s companion in the 1870s. This tintype, taken outside a saloon in Fort Sumner in 1879, is the only authenticated photograph of Billy the Kid and sold at auction in 2011 for $2.3 million to Florida billionaire William Koch.

I decided to research possible provenance for the trunk.

The trunk could be explained by my family connection to a Scottish businessman by the name of Cree. This gentleman, on retiring, purchased large tracts of land in New Mexico and in 1885 established the Angus V V Ranch, one of the most extensive cattle ranches in the Territory.

Following his death in 1891, his son, James Edward Cree, inherited the ranch.

I began to collate his family history starting with James Cree’s daughter who had been a close friend of my grandparents. I also knew her well. My father, as a child, had been told Cree knew Billy the Kid.

In trying to establish the context of the family in New Mexico during the latter part of the 19th century, I studied key events in this often lawless land recognised as the Wild West. Cree crossed paths with many known outlaws and lawmen; indeed, the first ranch manager was Pat Garrett, the man responsible for killing Billy the Kid in 1881.

I created a documented timeline of dates, produced in colours to indicate the various sources, and interwove the family history at that point in time. This started to bring scenarios ‘to life’ and highlighted fascinating connections and extended possibilities for research and creative writing.

Publications on William H Bonney and autobiographies of his friends and foes painted a colourful portrait whilst Michael Ondaatje’s Collected works of Billy the Kid (1981) made an impression with biting poetry and prose. And living relatives, linked to families of the Frontier, still relate fragments of folklore passed down through the generations, providing nuggets of inspiration.

Out of print books, bought on the internet or shipped from America on interlibrary loan, contained reference to the Crees, the ranch and the surprise of hand drawn maps. A map of the Territory of New Mexico in 1882 appears on the inside cover of Wilbur Coe’s autobiography, Ranch on the Ruidoso (1968). This illustrates the overlap of the Cree and Coe ranches.

The Coe cousins, Frank and George, were friends of Bonney; they fought together during the troubles in 1878. 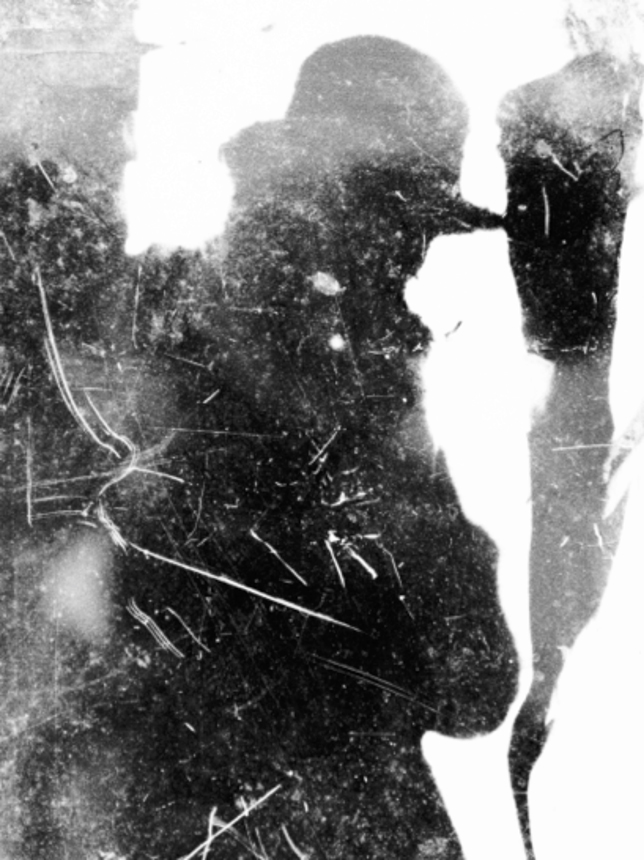 A copy of The Saga of Billy the Kid (1925) by Walter Noble Burns in a private collection revealed original hand-written notes by the Scottish rancher; on one page, he had pencilled in ‘Tunstall was good to Billy, gave him a horse, a saddle and many other things…’.

Could the phrase ‘many other things’ include a trunk?

Having contacted curators and auctioneers, it became clear that the travel trunk was a late 19th century model. A label on the trunk denotes a route from Southampton or Portsmouth through London and onto Edinburgh and a stencilled C stamp hints at caution, fragile contents or the family name.

In trying to ascertain the materials used in the construction of the trunk (which perhaps could suggest place and time of manufacture), I explored different avenues with forensic verve. A visit to the University of Southampton Biomedical Imaging Unit enabled me to use a powerful Olympus SZX9 dissecting microscope which offered microscopic detail within the textile lining, the shavings used inside the lid and the stitched binding which appeared to be organic.

Months later, a technician in the Bioarchaeology department at the University of York, on analysing the peptides present in a sample of this binding, confirmed it to be cattle leather. [5]

The research took an exciting turn when I was sent a copy of a privately-owned archive providing a framework for the rich information gathering pace.

In 1894 Cree was involved in establishing the Southern New Mexico Cattle Association to control thieving and prosecute rustlers. It was an effective venture but this efficiency came at a price; Colonel Albert Fountain, the association’s lawyer, disappeared with his young son, both believed murdered.

In 2014, I pursued the trail of an auction sale and discovered a collection of unpublished letters including statements of outlaws and lawmen; I have now transcribed these historical documents for use in my work.

A clearer picture of the Scotsman was starting to emerge as well as the potential for the introduction of other characters. 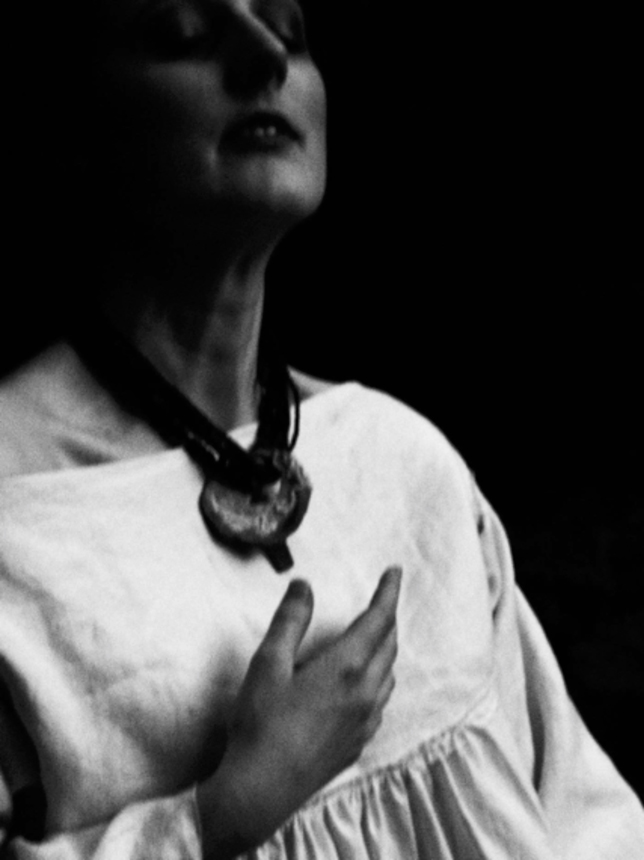 Akin to many wealthy men of this period, James Cree indulged in collecting curios. The ranch lay in close proximity to the Mescalero Reservation and he traded with Apache and Navajo Indians.

Although regulations to govern the recording of such finds were in scant existence in the 19th century, objects of cultural significance and found items can reveal valuable information.

Unless it becomes a vehicle for creativity.

With a background in Design and Fine Art, I began to construct artefacts, which evolved one after another; a visual language learned. Enjoying the process, the choice of materials, mark making, colour, texture and decoration came instinctively, emitting a sense of the past.

An authentic artefact is of its time and maker.

I photographed the artwork to create imagery in support of the writing.

I also started to collect items. This developed into a two-way process as I discovered these curiosities were, at times, suggesting new narratives.

Extending this experimentation by directing photoshoots, I included individuals to interact with the hand-made objects, developing character studies through visual interpretation.

I formulated fictional histories around archival images—family photographs which came to me with little or no information.

In 2016, I spent time in conversation with a collector of artefacts relating to the Wild West; I photographed and recorded these items and was given access to the provenance papers, a wealth of documentary evidence. I used an image on this poster; the gun of outlaw Tom Pickett who was an associate of Billy the Kid. Pickett was a member of Billy’s gang, the Rustlers, which was formed post Regulators and the Lincoln County War.

During the course of the project, I covered new ground both physically and creatively, travelling to accessible landscape reflective of Frontier plains. I immersed myself in these environments, using the red and ochre soils to form sculpture, fitting with the written word. 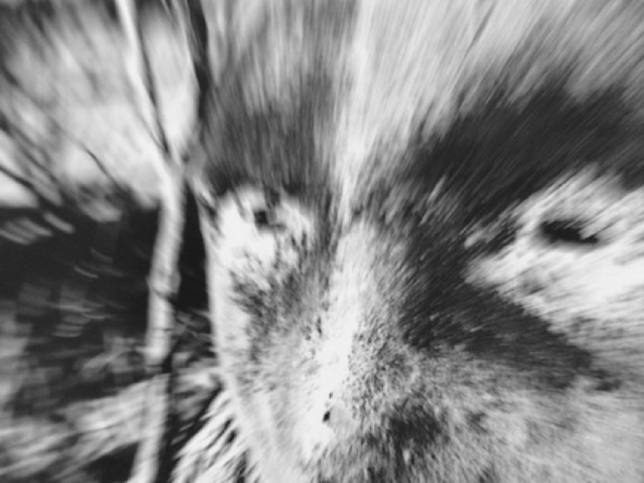 As a compilation of creative writing, biographical research and self-created visual material, this multi-dimensional work culminates in a trans-media outcome.

The quest to establish provenance for the trunk continues; those that I could have asked directly have long since gone. There have been mssed opportunities and tales left untold, but in the process of searching, several new tales are starting to unfold.

Lynda S. Robertson is currently undertaking a Doctorate in Creative Arts (Creative Writing) at the University of Winchester with a focus on the exploration of creative process and authenticity of artefact. She is a Fellow of the Royal Society of Arts and has an extensive background in Design and Education.