Full fathom five thy father lies;
Of his bones are coral made;
Those are pearls that were his eyes:1

We drifted through a private museum in Riyadh, Saudi Arabia. Our host, its curator and collector, shadowed us as we wandered through the dust-covered Bedouin necklaces, rings and coins, shelves bursting with Arabian coffee pots and copper vessels, skull-shaped ashtrays and toy tin trucks, a pelt of an Arabian wildcat, cheetah or was it leopard, weaponry, guns and knives; until we saw the portrait. The glittering picture, surrounded by an elaborate gilt frame, was an image of the King. His face, sitting on a ground of the darkest black velvet, had been dotted into existence in a dazzling arrangement of pearls.

The King’s image was constructed in a pattern of pearly spheres, echoing the invention of the halftone dot that revolutionised mechanical reproduction and printing in the late nineteenth century. ‘The halftone (dot) dumbly renders everything in the photograph’ (Benson 2008: 220) in a direct translation. To create the complex tonality of the image the dots are different sizes: large and sumptuous, small and prickly.

This ingenious transformation of what we see into a pattern of analogue halftone dots or their contemporary descendants, digital pixels, converts our image into an easily printable matrix. Photographs in the newspapers of my childhood were printed in these patterns of dots, and using the magnifying tool of Photoshop we can see the pixilation of a digital image. The magically clever language of the print glittered clearly in this pearly picture of a Saudi King.

A pearl is made in response to an irritant, a grain of sand perhaps, in the soft flesh of the shell of a mollusc. These jewels are rare, valuable, beautiful and iridescent, and for ‘thousands of years, most seawater pearls were retrieved by divers’ (De Silva 1995: 56) working in the perilous depths of the Indian Ocean.

But these pearls, surely, can’t be real? This picture, made as a tribute to luxury, is ersatz and kitsch. Amidst the neglected and elderly objects of this strange collection, this newish thing is out of place, odd. It is constructed with reference to contemporary technologies, yet draws on worship of a canonical treasure trove.

Where does the real value of these pearls reside? In the immanence of their luminosity, the overdone kitsch of their fakery, the authoritarianism of Wahhabi Islam? What is their history and to whose histories does this image defer for its authority? What can be drawn from this image and wrestled into the present, to speak again about luxury and power, the image and representation, history and collection?

How has the real pearl, harvested from the darkness and dangers of the ocean deep, been transformed into a copy of itself, in a tawdry validation of absolutism?

Walter Benjamin valued and collected objects for their histories, auratic powers and capacity to survive their past. He knew that

some things suffer a sea-change and survive in new crystallized forms and shapes that remain immune to the elements, as though they waited only for the pearl diver who one day would come down to them and bring them up into the world of the living — as thought fragments, as something rich and strange. (Arendt 1969: 50–51)

And here we can happily return to an image, itself a powerful signifier of the rich and strange, to make sense of this key-chain of signifiers. A picture, once pearls on black velvet, is now re-constructed in pixels and dots. It has surfaced from a series of matrices, from a digital photograph taken in Saudi Arabia, migrated to Melbourne, Australia, embedded in a twenty-first century digital device, to be printed by hand on sheets of paper, and then translated once again into these pearly dots on your screen. 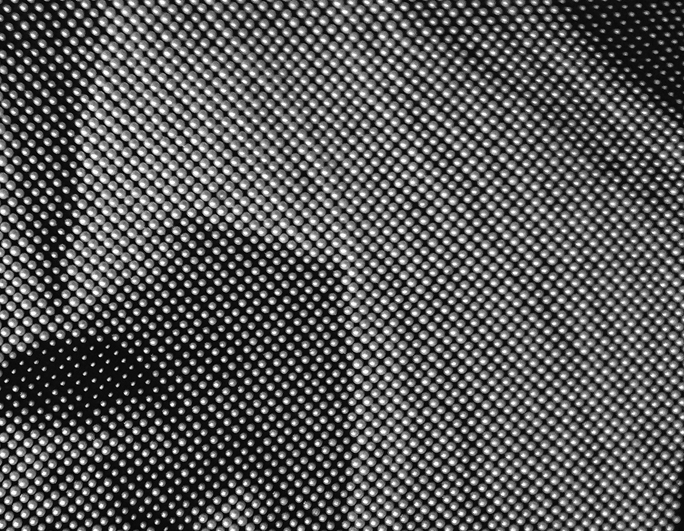 Marian Crawford is a visual artist and senior lecturer in Fine Art at Monash Art Design & Architecture. She was awarded the Siganto Fellowship at the State Library of Queensland 2015/16 and has presented her creative works and writings publicly since 1996. Crawford’s research explores the relationships between the book, fine art printmaking processes, and the printed image in contemporary culture.