‘Read to me’ is an experiment made by the artist in the UK, in collaboration with a psychometric reader in The Netherlands, to transmit the emotional content of selected narratives through a series of physical objects. The project will be produced as an artist’s book in 2018.

These photographs form part of the project ‘Read to Me’, which will culminate in an editioned artist’s book in 2018. My fascination with psychic reading was piqued during a month spent at Visual Studies Workshop (VSW) in Rochester, NY, USA in 2002. It was there that I read about the history of the (now discredited) Fox Sisters, who launched their careers as spirit mediums on 14 November 1849, at the Corinthian Hall in Rochester. As I sat at the table reading in the archive at VSW, I imagined that the Fox Sisters would have been at a similar table in a similar large mansion house over 150 years ago, thrilling their audiences with their tales and spirit encounters.

Since my time at VSW, I have been working with literary sources through an ongoing series of artists’ books, ‘Flowers in Hotel Rooms’, which pays tribute to the novels I read when travelling. The series was inspired by Richard Brautigan’s novel The Abortion: An Historical Romance 1966, where a character grows flowers by candlelight in her hovel of a hotel room. Sometimes my tributes include small, performative acts such as eating the same food as a character in the novel; or staying one time in a room numbered 451 so I could make a complicated tribute to Ray Bradbury; or burning a paper flower for Guy Montag (while reading Edgar Allen Poe’s Tales of Mystery and Imagination).

In order to combine my love of reading novels with a creative project I decided to find my own ‘reader’, someone to collaborate with on an endeavour to communicate ideas, traces or messages through material objects. What I was looking for was a psychometric reader. Psychometry is a form of spiritualist object reading; it is believed that a psychometric reader has the ability to receive information spiritually through physical contact with material objects. For example, a photograph may be held in order for the ‘reader’ to make contact with or pass on information or messages about/from the person depicted in the image.

The thought of collaborating by reading novels and somehow relaying or transmitting that information through another medium, as the Fox Sisters claimed to be able to do, stayed with me. It was an exciting prospect, to perhaps find someone I could ‘read’ to through a material object, who might potentially be able to then ‘read’ those objects back to me. Whether it would be a successful endeavour or not, I considered the performative aspect of the exercise would be an interesting experiment that I could certainly develop as an artwork.

Finding a psychometric reader doesn’t just happen overnight. I considered it carefully for quite a few years, searching on and off for someone to work with who would be honest and also considerate of the objects and the idea. There were too many choices being advertised online and no one I looked at seemed right. I wasn’t looking for messages from loved ones or to change my outlook on life; what I needed was an empathetic collaborator.

This was eventually organised, to my delight, in autumn 2017. I was fortunate in mentioning the idea to a friend in the summer who recommended a friend of hers — a practicing psychometric reader in The Netherlands. After I contacted her, she agreed to undertake the work and was willing to help with the experiment as a challenge: not only to her physical reading process, but also in how her capture of the objects’ messages would be translated in language, passing from Dutch into English.

I purchased the objects pictured here from second-hand shops around the UK and Europe, without touching them (I wore gloves, or chose ready-wrapped items). I also cleaned them to remove any other residue of human interaction. Two objects in the group were used as controls; each was a personal item belonging to me; one washed clean of any human traces, the other touched often, as I was curious to see if this would interfere with or muddle the message I was attempting to transfer. It did, but what I learned from that allowed me to measure and understand how successful the rest of the experiment would be.

For the experiment itself, I read each of the objects a short story, fairy tale, or chapter from a book that I felt they could relate to. This idea can also be considered, in part, a homage to the Norwegian artist Kurt Johannessen, who read stories about trolls to selected stones around the Finse area in Norway (Steinar 2002).

The stories I read to my chosen objects ranged from historic novels like Wuthering Heights by Emily Brontë (1847) to modern literature: All for Nothing by Walter Kempowski (2015), a short story by China Miéville from his collection Three Moments of an Explosion (2015), and so on. For example — to the brooch of violets I read part of Margaret Atwood’s The Handmaid’s Tale (1986), and believe it was a success. Wuthering Heights worked very well too.

The remnants of the stories transmitted from me to these objects, and then to my ‘reader’ who relayed them back to me, have been edited into short captions / statements for this photo essay. The artist’s book will be produced during a residency at the London Centre for Book Arts this summer, 2018. 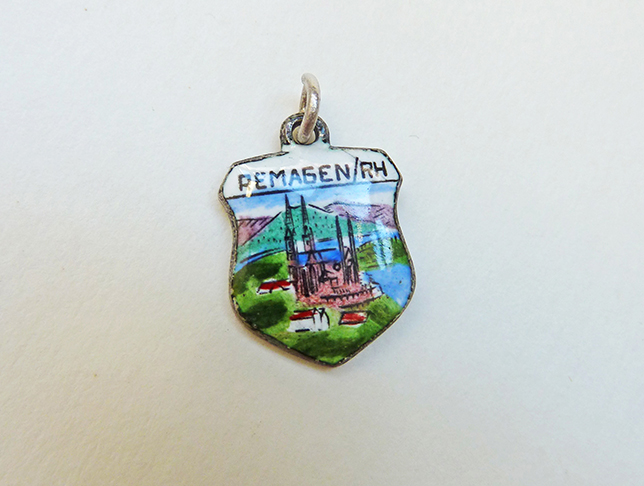 I feel a male energy. He is reluctant, very calm and wise. He doesn’t use many words. ‘Yes, this belongs to me.’ The medallion has been in a wallet for a long time. It also got lost for some time. 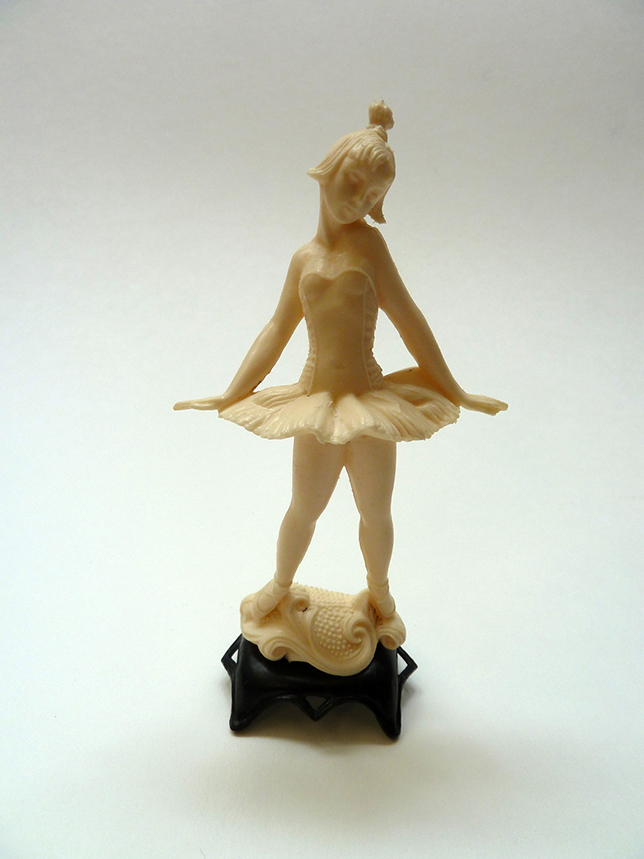 This belonged to a little girl. She was very happy, moving and enthusiastic. Full of life. I hear music and hear her laughing. Very sparkling energy, that feels pure. This ballerina stood in her bedroom. 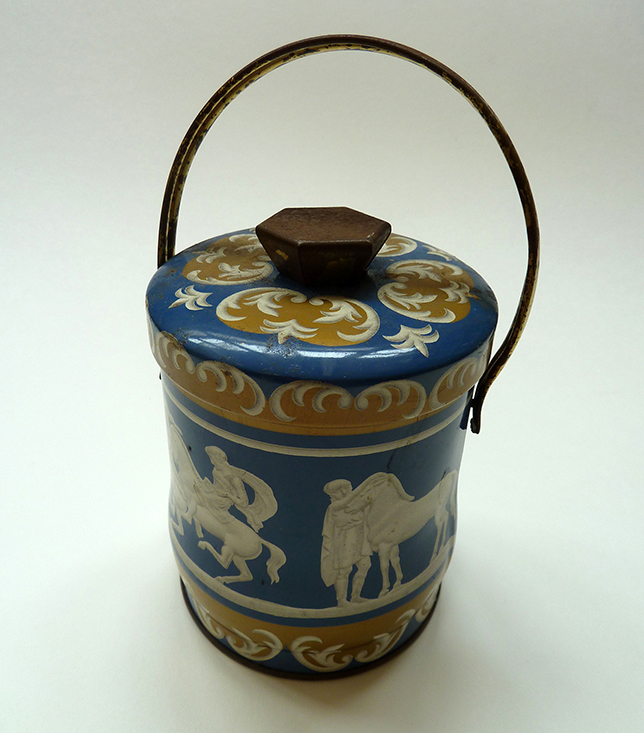 This tin stood in a kitchen cabinet. It contained wrapped sweets. I see a family with children. It feels very warm. There has also been emotion in this family. The mother was not always happy. She kept her feelings to herself and she was actually longing for more freedom. But she had to take care of the family. Though she did that very well, it sometimes felt heavy. 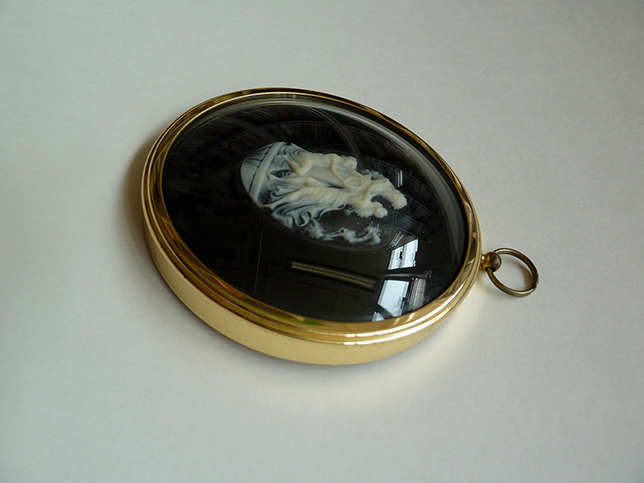 This was made with precision. The person who received it was a woman. She lived in a tight regime where she had to survive. She died young. She was attached to this cameo, it has emotional value, she has looked at it often. It also has to do with lost love. 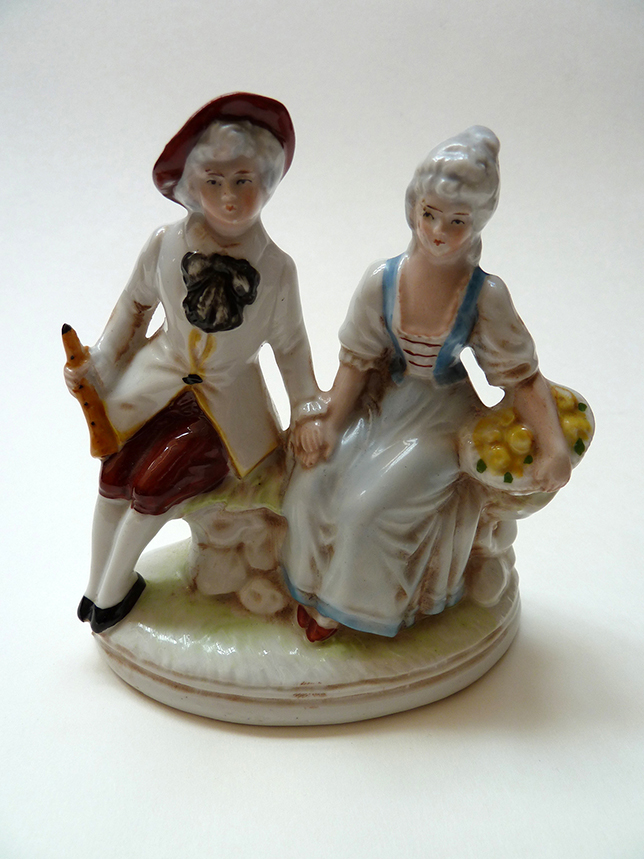 This comes from a collection. There are more of these. They stood in a small house which was full of stuff. A small lady lived there. She was a woman from the heart. Very sensitive. Looking back, she wished that she had lived more. That is also her message: ‘live as much as you can and love as much as you can’. She regrets that she hasn’t expressed her love so much. 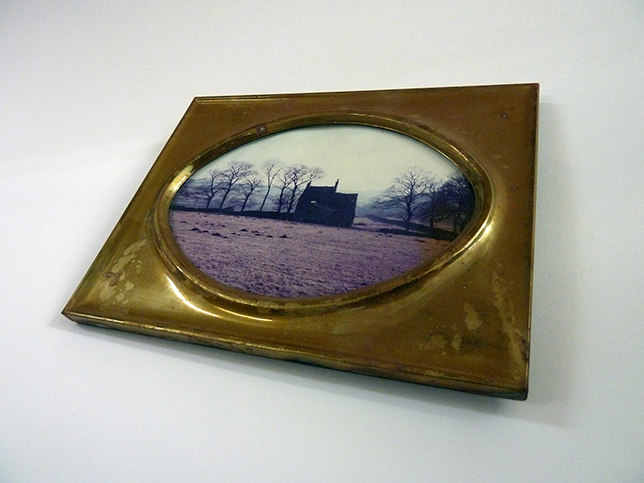 I see a man. He did things in his own time, went a lot on his own path, sometimes he was even stubborn. There was no joy in this house. I feel fear (also from the other residents) and loneliness and emptiness. This man passed away because of a heart disease. 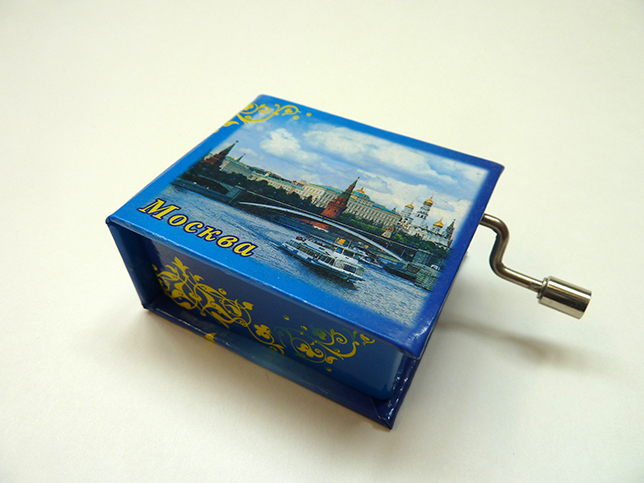 It came from far away, in a time where it was still special to travel, bought by a man for his lover, but they never came together. With this box, nothing more has been done. The man who bought it had a positive personality. He loved life and other people. He really liked being here. 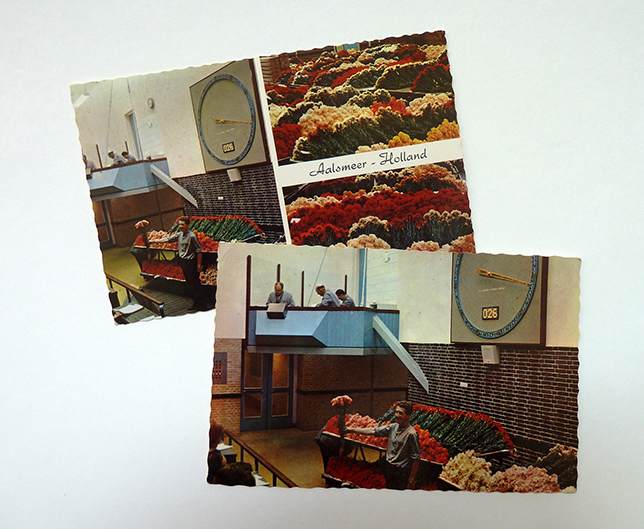 These cards were bought by a couple. The woman is pretty dominant. It feels like it was their first trip. I also felt emotion which has nothing to do with the cards but it is in the energy of the person they belonged to. The emotion feels like grief, mourning, missing someone very much. 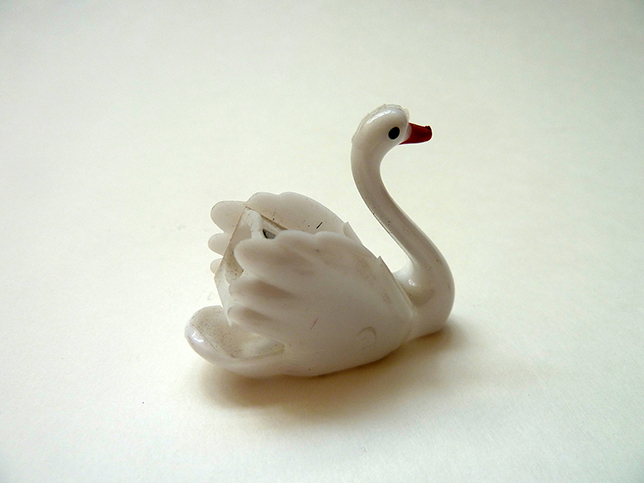 I feel a child, he (I think it is a boy) feels a little nervous and shy. He was very careful with his belongings. I feel loneliness and sadness. The conditions for this child were not pleasant. The boy has a very loving and soft energy. He is sitting at a table making a picture, while his mum is working. He had a good relationship with her. 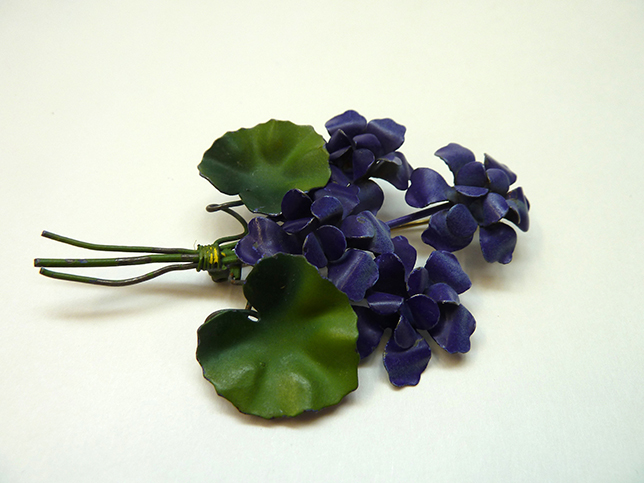 This object has a female energy. It belonged to a woman who liked beautiful things. She had a garden, and she loved to work in it. On one hand, she liked to be clean, good looking. On the other, she was not afraid to get her hands dirty. Sometimes she was misunderstood by others. They did not always take her seriously. Although what she had to say was important. The violet brooch was worn at some ceremony. It feels like a sort of symbol for a particular organisation.

Kempowski, W 2015 All for Nothing, London: Granta Books

Sarah Bodman is an artist and researcher at the Centre for Fine Print Research, UWE, Bristol, UK. Sarah is also Programme Leader for the MA Multidisciplinary Printmaking course at UWE. She is editor of the Artist’s Book Yearbook reference publication, the Book Arts Newsletter and The Blue Notebook journal for artists’ books. Sarah also writes a regular column on artists’ books for a_n, ARLIS and Printmaking Today.

Her own artist’s books explore the darker side of nature and human nature. They appear beautiful in order to lead the viewer into the underlying meeting point between the opposites of tenderness and cruelty. Some books include: ‘Viola’ the story of a serial killer baker; ‘Closure’ the end of an affair between a plane spotter and flower arranger; ‘How Do I Love Thee’, a collaboration with JP Willis; and ‘GIFT: I made this for you’ about the ‘Angel of Bremen’. http://www.bookarts.uwe.ac.uk