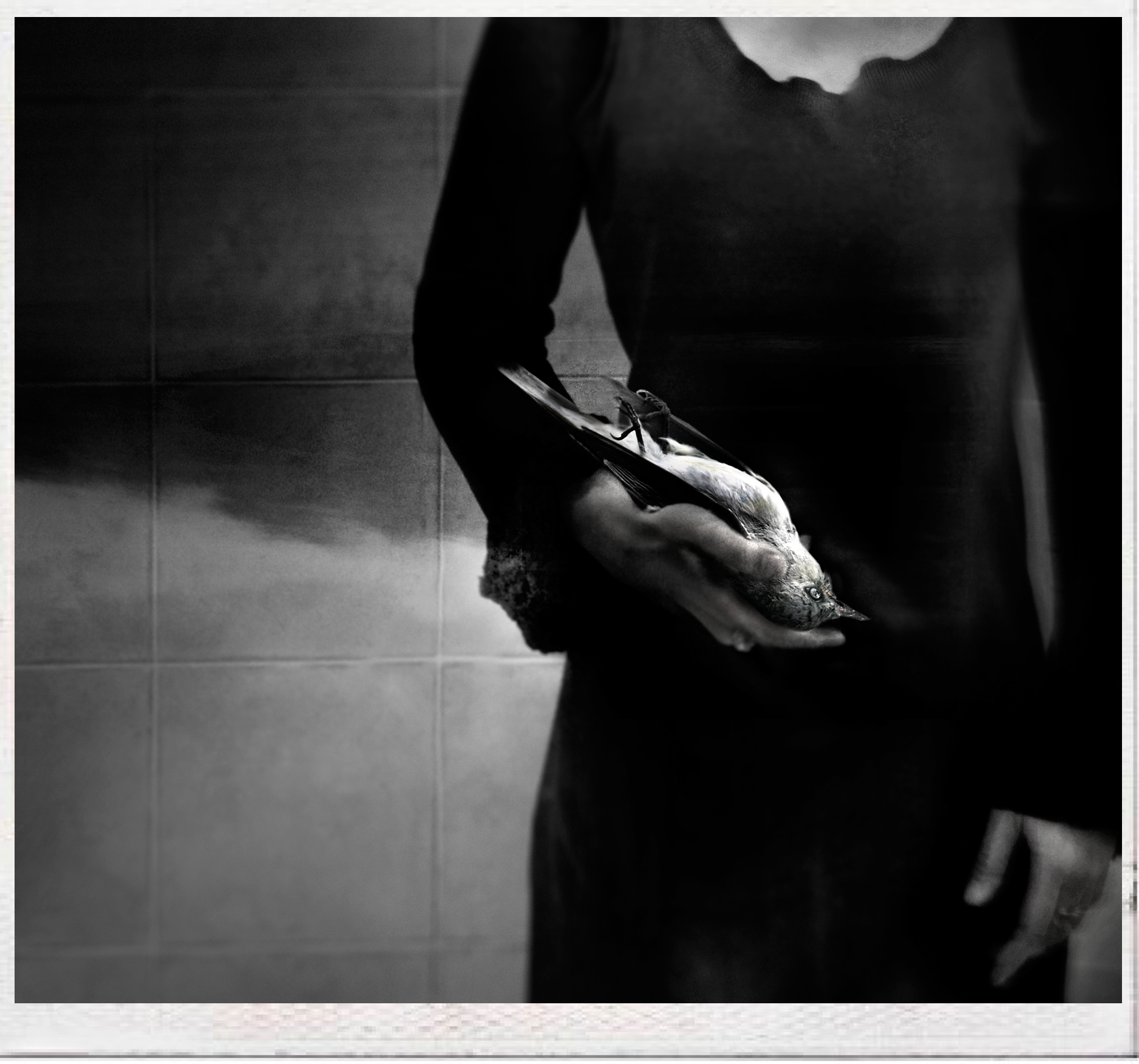 By the fibreglass statue of Aphrodite

she watches the invisible children  appear

and disappear, their shapes echoed

in the silhouetted palms of hotel windows,

in the gravid buzz of flies above garbage cans,

behind Chinese restaurants. Under ceiling fans

their voices curl through vases of cut flowers,

the steam that coils on a teacup’s lip, where

buses stop; they wheel about her

into forms in the air and later, in

her elbows jutting against vacant glass

she watches the rain sweep sideways, only she

and the neon of late night supermarkets

she and the rain-black road, the slight weight

of an empty hand. 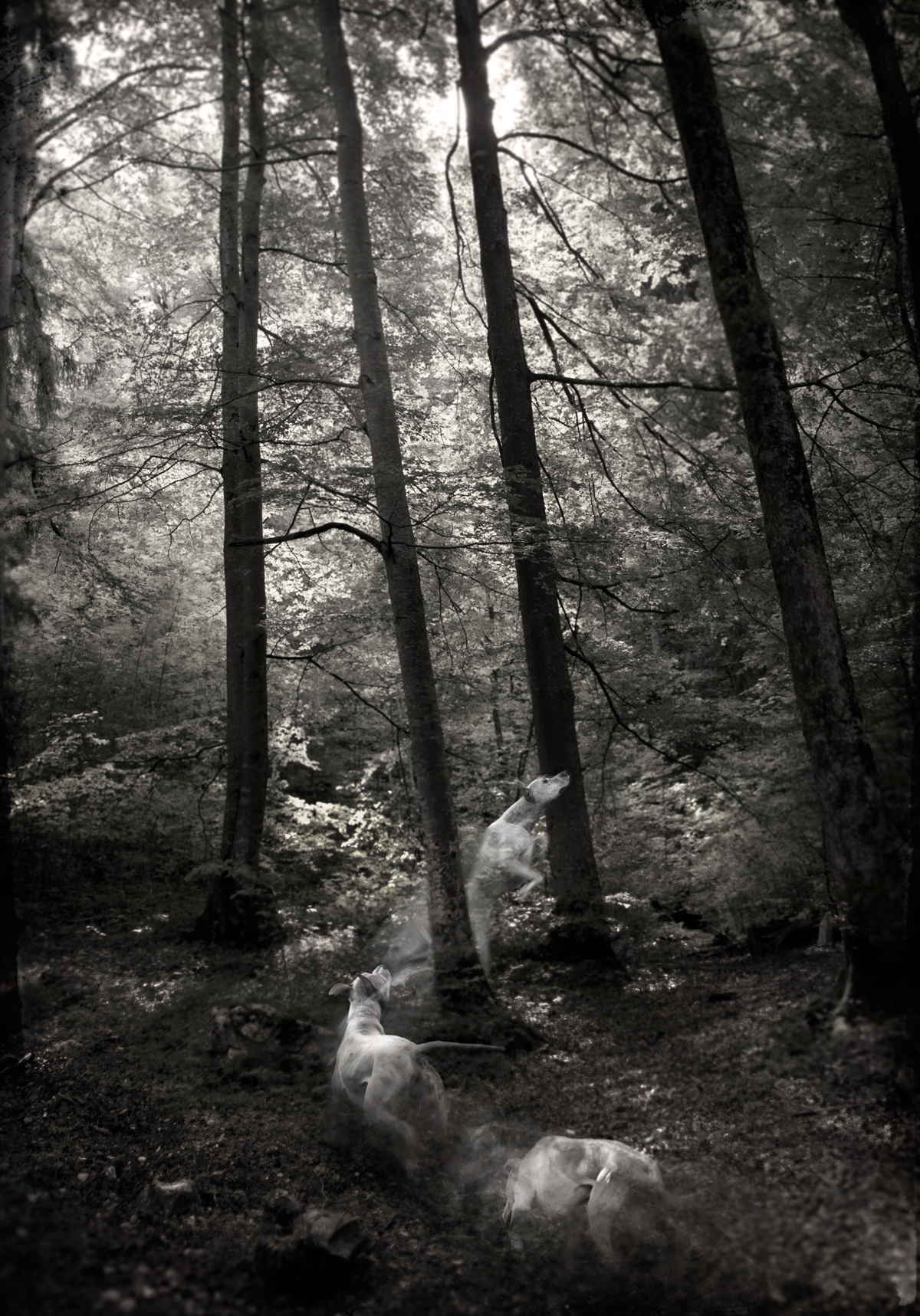 had returned from the escarpment

and the reproach of neighbours gave way

to a silence more brutal

she would tell them

of the black trees, the white trees

and the dog glimpsed

between elbows of thick branches

a dog who owned no shadow

or whose shadow assumed the form of birds

and who carried a child's shoe in its mouth

through woods that no real dog would enter

woods ringed by autobahns and built

on the rubble of destroyed apartment blocks

and where it passed she wrapped wire

around the trunks of the pines

the television drones its test pattern

but now she stands in an open window

as the wind moves across the yard

*The Gabriel Hounds, associated with the Wild Hunt, are described in German folklore as changelings, or Doppelgänger. After the wild hunt has passed, sometimes they appear to hang over a house and then death or calamity is sure to visit it. The hounds are said to steal children and, in some versions of the legend, are themselves the souls of unbaptised children.

Judith Crispin is a composer, poet and artist. She completed a PhD in music at the Australian National University and postdoctoral studies at Paris-Sorbonne and the Humboldt Universität, Berlin. Judith has written and edited a number of scholarly books and articles on music, poetry, philosophy and art. She has won international prizes for music, exhibited artworks across Australia and Europe, and published poetry in Australian and German journals. Judith is currently the director of Manning Clark House in Canberra.